Going Down Swinging No.30 launch

Thursday Night Swing Club: No.30 Melbourne Launch Party
The band will swing. The funk will fly. The jazz will ignite your feathers. 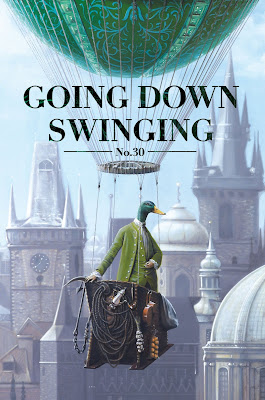 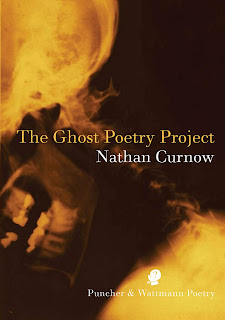 You can find/order a copy of my latest book at Readings, Borders, Gleebooks, Fullers Bookshop, Collected Works... in fact you can order it in through any book store in Australia. Also directly through my publisher. Hope you enjoy it.

And come and listen to some of my tracks at myspace: www.myspace.com/ncurnow 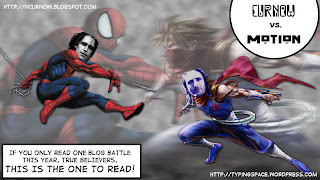 The dust settles upon the carnage and now that you’ve returned to the scene of the battle you can’t help but ask: What crazed art took place here? What kind of reckless poets fought upon these streets, in this village square, across these terracotta rooves of ancientness? Surely they were mighty warriors who had some idea of what the whole point was.

And perhaps it is not to soon to tell tales of this fight or to tag this epic story with ‘legend’. Two poets clashed, one poet was triumphant, the dust settles, the carnage. Such carnage.

Now any lesser poet might cry “foul” but with the deepest respect I must concede to Derek Motion, the winner of the first ever Australian Poetry Blog Battle. All pageantry and honour to you, Derek. May you continue your wild journey of the blogosphere, defeating foes, spreading rumours and writing marvelous, marvelous poetry.

(As you may have suspected we are actually very good friends, and he doesn’t really owe me $20 bucks. Or does he? You should ask him. 'Cause he LOVES a good Chicko Roll. And then say something like: hey man, you’ve got dreadlocks.) http://typingspace.wordpress.com/

The King is dead. Long live the King.

So hasn’t it just been a passion-fuelled few weeks of poetry, ego and mayhem? Thanks to all of those who have supported our ridiculous competition, buying into our profound shallowness which has only served to highlight our sensationalistic, adversarial and self-destructive tendencies. Your comments have made us smile, laugh out loud and sometimes, well, a little bewildered. But we hope, that like us, you've had some fun. Perhaps we’ve even captured your hearts, imaginations and done untold wonders for Australian poetry.

Some of you have hinted that this is all just an elaborate way for me to ditch my blog. And I must confess, I have grown pretty tired of it. It began as a way of keeping you in touch with The Ghost Poetry Project, and now that the book is all done I feel it’s time to move on. I’m finding engagement a little exhausting these days and god knows my addiction to self-promotion is a bore. (Isn’t it handy that for every chapter of our lives that we close we can abandon a blog to go with it?)

Still, I wanted to give Derek a good fight and only ever wanted an invitation to be lead vocals in his band! There, I said it! Perhaps I’ve got his attention now!!!

So thanks to all those who left comments, who wrote poems/made portraits of us, and to those who followed Blog Eats Poet from day one (you know who you are). Thanks also to those who sat on the fence for the two of us and for those who refused to. Also to those who signed up to a Google account just to leave a comment. A special thanks to Adam Ford.

For me it’s back to the lab again, back to the company of concentration. And I plan to enjoy it for some time.
In Sarah Day’s poem Cat Bird she writes of how the cat, through the slow act of stalking actually becomes its surroundings, becomes invisible to the bird and in some way the bird itself. This is exactly what writing is for me. Through the infernal process of typing and deleting I somehow feel connected to the universe. It’s that point where I am painfully present, making small, hard decisions and yet absent from myself at the same time. This is the deep joy and mystery of creativity, when I am completely engaged, inspired, lost and invisible. Paul Auster says: when you truly enter a state of solitude, that is the moment you are not alone anymore.

So seriously. That’s it. (Not that I won’t be out there reading or performing for you again real soon… by all means keep the invites coming) but I’m done with this blog. That was the deal and I lost fair and square…

But now nobody said I couldn’t MYSPACE: http://www.myspace.com/ncurnow
;)
So check out some of my performance tracks. Some of them vintage.

Also let me leave you with two tracks that still serve as my favourite peptalks before I hit the stage. Two great lyricists who have written here about ambition, ego and the stakes of this crazy, crazy life.
http://www.youtube.com/watch?v=xFYQQPAOz7Y

http://www.youtube.com/watch?v=dldtY9ZbqYs
Now let me hear your verse right where the horns are.
Posted by nathan curnow at 12:11 AM 4 comments:

The View From Here

Hey please check out the first part of an interview with me at The View From Here:

And listen to this amazing piece by Cate Kennedy, featured on the new Going Down Swining no. 29 cd.

News on the Blog Battle coming soon.
Posted by nathan curnow at 12:11 AM 2 comments:

Very excited that two of my favourite poets are launching their latest books in Melbourne.

The work of Sarah Day has been a recent pleasure, with her new book Grass Notes (Brandl &Schlesinger) never being far from my hands. I only wish I had discovered her years ago, and have no excuse for that as she’s had such an extraordinary career. She writes of apples, rain and chickens and of a dead wombat on the side of the road with 'grey palms big and soft as a child's'. But the poem I keep coming back to is Cat Bird. A favourite of mine. So come along to Glenfern to hear her read. We might all take a bottle of champagne up onto the roof afterwards and watch the sun go down.

Where do I start with Lorraine McGuigan? A few years ago I read her first book What the Body Remembers and was completely over-awed. One of the finest example of life-writing I have ever come across, it is a raw, moving and deeply personal account. An inspiration from start to finish. And now we get a new collection… Wings of the Same Bird (Interactive Press).

I hope you can make it along. These are two of my all time favourites and I may not be around much longer to tell you about them! Check out the Blog Battle below (as featured on Currajah) I’m losing!
Posted by nathan curnow at 4:59 PM No comments:

There was a time when writers would quietly stow themselves away and compete for space in prestigious journals by writing the best piece they could. Or they held up another writer as some kind of creative nemesis, a necessary yardstick for their own ambition/progress.

But now, thanks to the wonders of the blogosphere, we can go head-to-head in public smackdowns that immediately determine whose work has impact, relevance, appeal, musicality, sexuality, popularity, freshness, verbal vaporessence, grounding, counterbalancing and a well-developed ‘haunting yet transparent’ latency of meaning.

So thus I challenge poet Derek Motion to the first ever Australian Poetry Blog Battle!!!

For three-weeks we will be competing for comments (support or trash-talk), tallying them up in order to determine our own inter/national significance. Why? Because we’re very important pioneers in the Australian literary scene. Because we’re about ‘conversation’ and intellectual rigour. And while I don’t have anything against Derek personally (the only trouble is his personality) I do really REALLY want to bring him down. Plus he still owes me $20 bucks for a late-night six pack and Chicko Roll in Albury! Will he even acknowledge that... I don't think so.

This is how it goes:

The tally is of comments posted on our “Blog Battle” posts which remain up and open for three weeks (culminating in the Melb Four W launch). Thereby the competition shall be declared over and the winner annouced.

The poet who receives the most comments on their blog will bask in validation, knowing that it truly confirms their poetic worth, the relevance of their practice and their place in Australia’s literary canon.

In turn, the loser must abandon their blog FOREVER and go home crying to his momma. And with any luck it'll be Derek, with this taped over his mouth: http://ilovestickytape.blogspot.com/2009/10/poem-on-roll-charles-bainbridge.html

Now thems the stakes and the only rules. Oh, plus the variety of commenters will also be taken into account. So I’m calling for support from the big and little names in Australian literature, to the big and little names in Portland’s over 55 cross-stitching guild. If you’ve ever enjoyed my poetry but never bought a book… or if you bought a book but never enjoyed the poetry… I need you now. Talk it up. Send out the message. He was in the 'top 50 writing blogs' and in Best Aust Poems 09…

I’ve got my work cut out for me!

I know that in the past much of my blog has been about self-promotion. I know. And you might even think this Battle is a bit over-the-top too. But check out my last post about the Thar. I mean that’s good work, that’s contributing, and it’s a prime example of what you’re not gonna see anymore if I happen to get shut down in this vain (yet let’s not forget ‘groundbreaking’) maelstrom of words.

Plus I invented the Fb DanceTrain… I INVENTED it!!!

Oh and here’s a link to Derek’s blog: http://typingspace.wordpress.com/
Posted by nathan curnow at 8:59 PM 85 comments: